Some new miniature paint jobs for the Cthulhu Wars board game.

Hastur itself for the Hastur faction. I chose to use green lizard -like eyes for this faction to enhance the faction’s sense of alienness to human mind.

Acolytes for the Hastur faction. I chose to use the same purple on the acolytes as I used on the Hastur beings throat and gums to tie in the faction with colours.

Ithaqua for the Windwalker faction. The faction thrives on cold weather and ice so I chose to manifest this by using ample amounts of fake snow and ice crystal effects on the faction’s miniatures and bases. 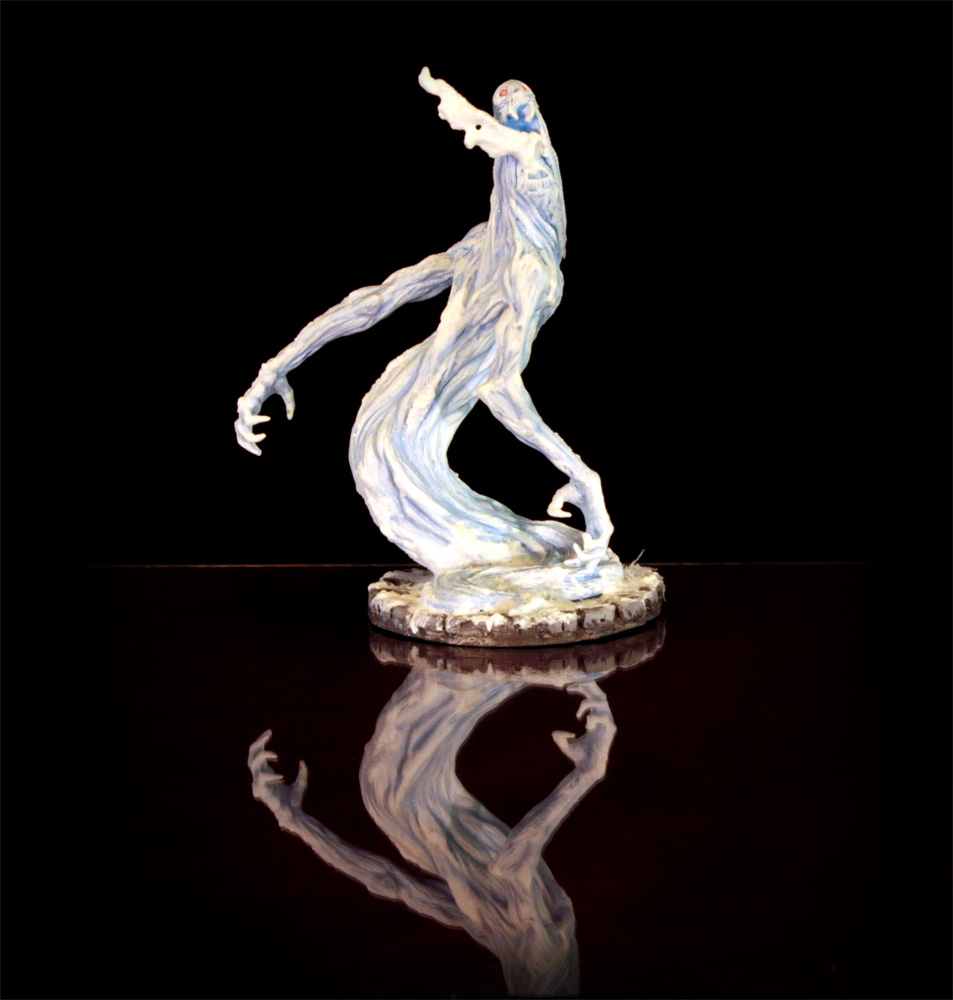 Acolytes for the Windwalker faction.

Acolytes for the Opener of the Way faction.

The only earlier miniature paint work for the Cthulhu Wars board game were the Great Old Ones of Cthulhu and Shub-Niggurath presented on the miniature painting page.