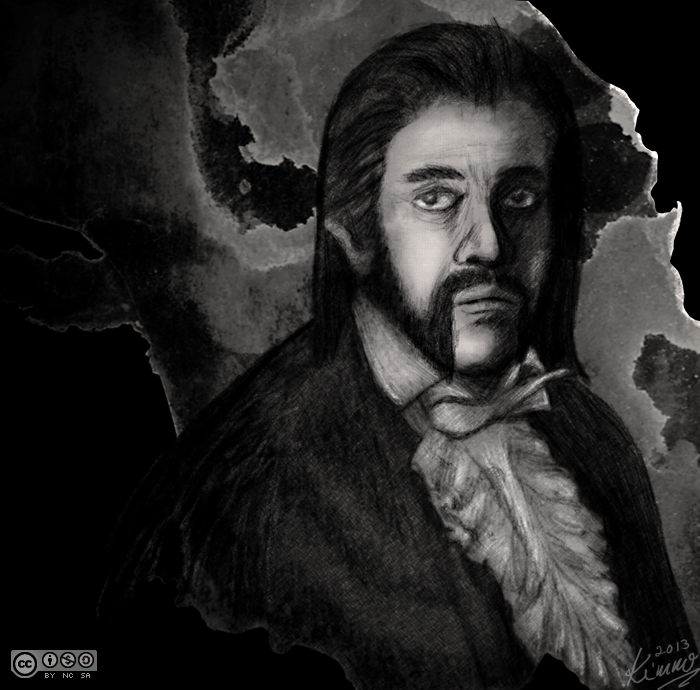 A black/white portrait for 1920’s Call of Cthulhu role-playing setting (but actually works for any Victorian or Gothic setting as well).

Lord Burlington is a reclusive aristocrat with a passion for mad science up and including studying and causing mutations and genetic anomalies in human subjects. He is refusing to accept the changing times and is living the life of a solitary hermit. His remote mansion is staffed by a bare-minimum crew of servants. The basement is off-limits to anyone except the lord himself and although the servants know of Lord Burlington’s insane work, they get paid enough to turn a blind eye. Lord Burlington is called from time to time by universities to lecture on genetic abnormalities, but his social manners and human interaction skills have deteriorated year by year and the lecture calls are on the decline. Lord Burlington does not need the money from the lectures anyway since he is living on a sizable heritage that also includes numerous residential blocks in many cities and a pretty hefty chunk of land of which he collects rent from local farmers.