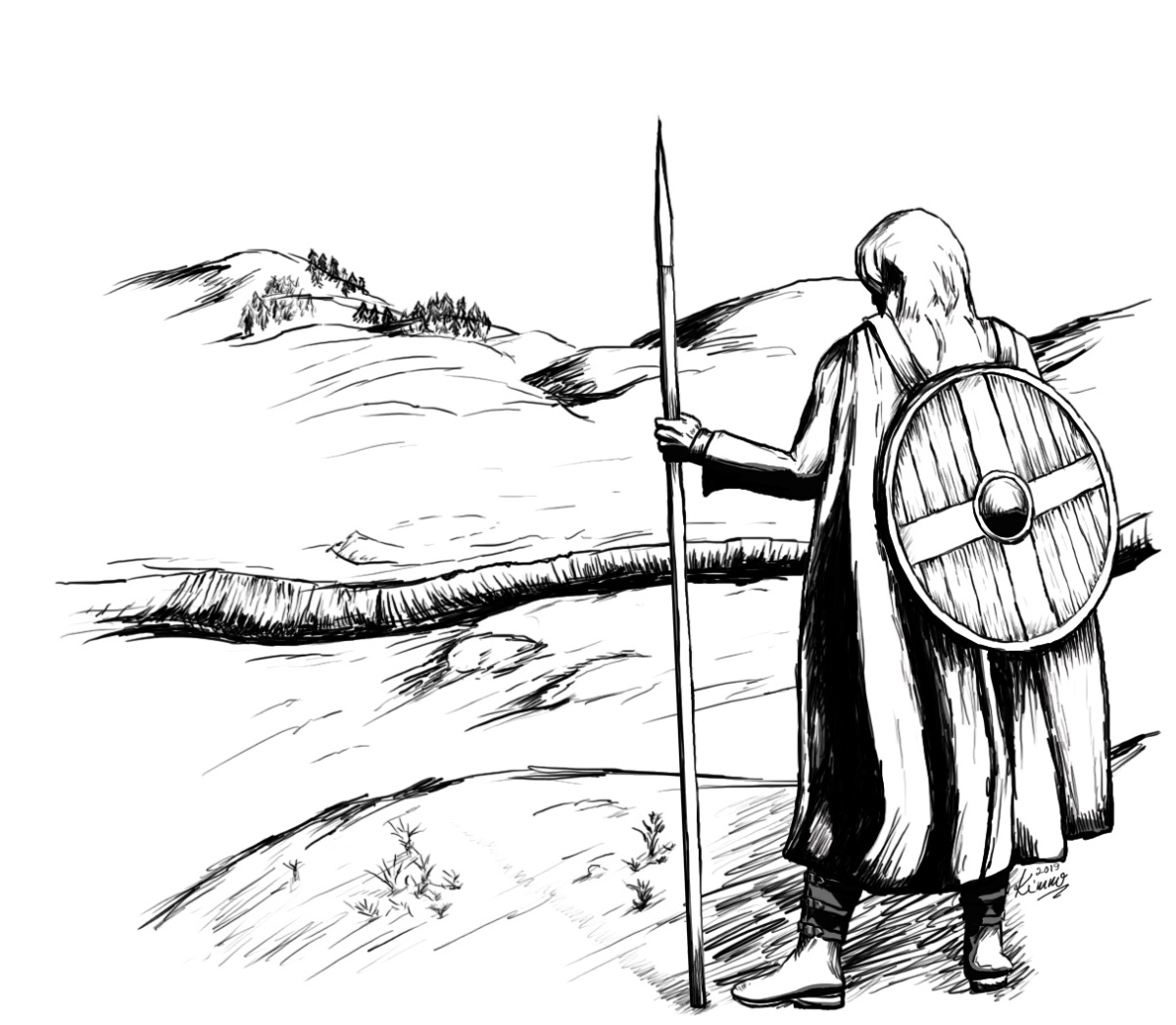 A simple sketching of an adventurer watching over a landscape. 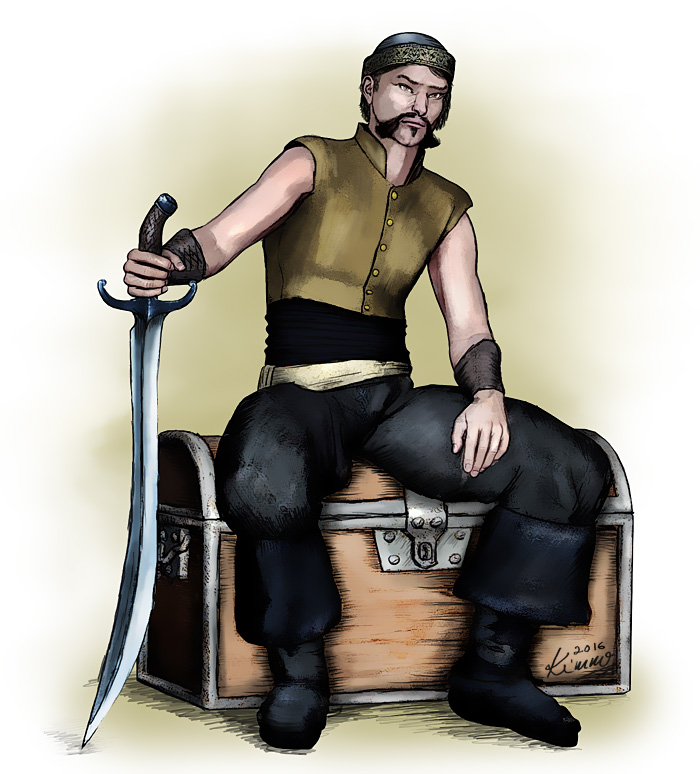 An illustration of an adventuring character for any fantasy-themed role-playing game setting.

An illustration of a fantasy character for any fantasy-themed role-playing game settings.

A simple black and white portrait illustration of an adventurer character for any fantasy-themed setting.

An illustration of an adventuring character for any fantasy-themed role-playing game settings. This illustration is (very) loosely based on another illustration I did roughly a decade ago as a commissioned work.

Being a member in one of the leading dwarf clans has it’s perks. Clan Ronvar members have their bed made for them within the dwarven communities but also automatically have a high standing outside traditional dwarven areas.

Miriam is distantly related to the current Count of Gorgehold, Uran Ronvar, Her chosen path in life, however, led her out from Gorgehold as she chose the life of a travelling adventurer instead of a more traditional role. She traveled from Caheb to Argan doing the occasional odd job to sustain herself and joining other adventurers in miscellaneous quests – not all of which she is proud of.

After a decade she returned to Akron but instead of going back to Gorgehold she met a man through an act of fate and settled down with him in Cormael. But life was cruel to her and snatched his beloved away from him only after three years of marriage. Miriam was by then a happy and respected citizen of Cormael and the leading figure of her clan in the city and made a decision stay in the city and call it her home. The clan members of the Clan Ronvar within the city are all under her lead and she has the final say on what activities the clan takes part in. Currently the clan members have a solid piece of the metal goods trade, control at least part of the forges in the city and gain income from quarries by controlling part of the workforce associated with the quarries.

Miriam is a modest and timid-looking stout little woman but has a strong and adamant will matching the best of trained men and she is quite skilled in various aspects of the adventuring life. She makes no noise of herself – unlike a few of her fellow clan members in the city – and keeps quiet on things she has no constructive to add. In the city of Cormael, Miriam now works as a foreman and Quarry Master in charge of the daily operations of one of the stone quarries near the city. Her position of authority is a cause for constant friction between her and human males under her lead but so far she has been able to resolve things admirably. On her spare time she is a frequent patron of the Quiet Dwarf tavern that is – despite it’s name – a rowdy and noisy bar frequented by some of the more … unsavory elements of the city and constantly monitored by the city guard. She happens to live on the same block the tavern is located. While not creating trouble herself she does enjoy the tavern’s rather restless atmosphere and even takes part in bar fights on occasion. She is well known and well liked by the tavern regulars and her wide knowledge of the world she has gathered in a decade of travelling is both admired and respected.

An intrepid explorer and adventurer, Jandro Fabianus is also THE Jandro Fabianus who found the fabled and legendary city of Andar located somewhere in the border region of Ferria and Akron. His reputation exceeds that of the rulers of both countries and his recent adventures are on the lips of men, women and children alike. Jandro doesn’t have a permanent place of residence as he is truly dedicated to exploration and driven by hunger for adventure.

Jandro is of Ferrian origin and as such considers himself far above people from neighboring regions. He is educated and knowledgeable both in science and myth and holds a position of Chancellor to the Triumvirate. A highly respected position in Ferria, chancellor is a person whose deeds are so great that his presence and opinion is honored by the powers that be. Traditionally chancellors in Ferria are provided free lodging and upkeep anywhere in Ferria in exchange of support and opinions when asked. Not a title of great power in itself but surely a title of honor and respect.

Jandro Faebianus spent 11 years of his life searching for the fabled city of Andar and evidently found it 5 years ago during an expedition that tolled in loss of life of half of the crew in the expedition. He brought back with him fabulous artifacts and treasures and he and his trusted associates are the only ones who know the location of Andar and how to reach it. Rumor has it that Jandro secretly gave some of the artifacts to the members of the triumvirate and that those artifacts were of magical origin, but naturally this may just be tall tales of tavern wenches and old wives.