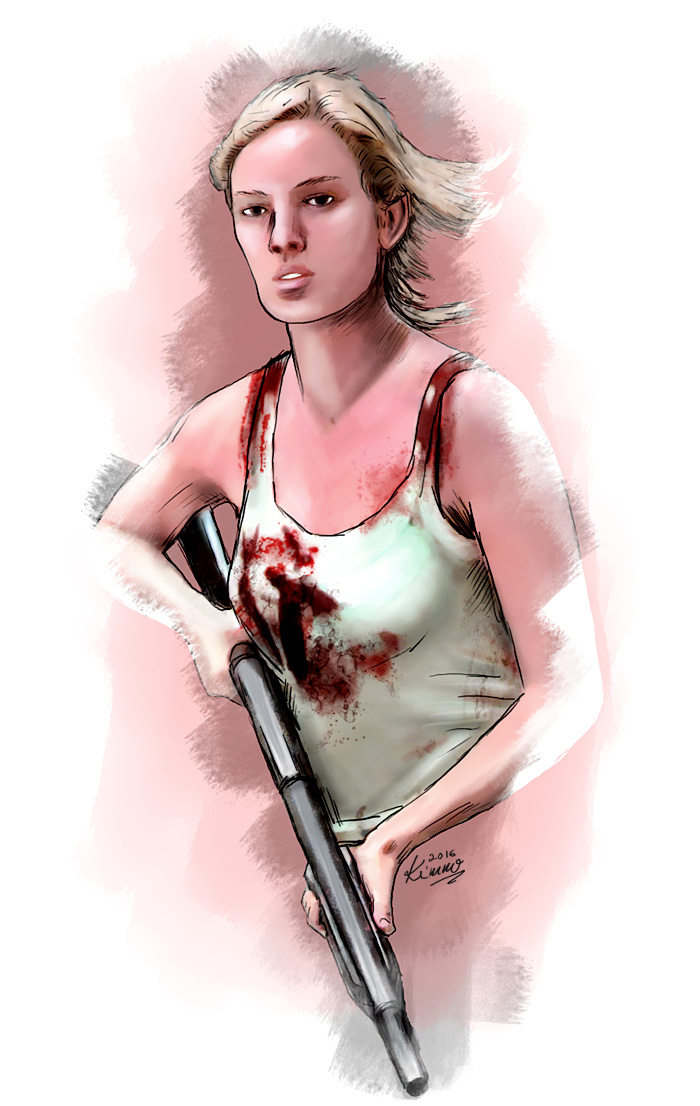 When Zack Snyder was green lit to direct the remake of George A.Romero’s zombie epic Dawn of the Dead, many fans of the genre expressed justified concern as how the movie would turn out in the end. Snyder had even commented that he had never watched Romero’s version of the movie. Well … when the movie finally was presented to the public, it actually turned out to be one of the best zombie horror films of the new millennium. The movie remakes are generally frowned upon by the genre fans but despite that and for some unfathomable reason the studios churn out these remakes by the boatloads and with increasing frequency to boot. Once in a blue moon, however, the stars are properly aligned and a modern milestone comes out from the assembly line.

Snyder’s Dawn of the Dead (2004) was following the new trend of fast zombies set forth by commercially successful frantic films such Boyle’s 28 Days Later (2002) and Anderson’s Resident Evil (2002) (which, by the way, was initially slated to be directed by George Romero himself but artistic differences with the rights owning company Capcom eventually led to him being replaced). While the attack vector of the contagion itself differs in each of these films, they do share many concepts and have striking similarities in how their antagonists and protagonists are defined and developed. Being an early adopter helped Snyder, of course, and since those days we’ve seen an entire legion of fast legged zombies that have pretty much replaced the slow walkers made famous by Romero in the 70’s. We do have some slow walkers in extremely popular super-hero epics (AMC’s hit television show The Walking Dead) and the occasional movie (like Ford Brother’s The Dead (2010) and it’s sequel) still doing just fine but they are more of an anomaly than the norm now. The vast majority of zombie films of the past 10 years are presenting us frantic and blindingly fast meta-humans called zombies in various situations and locales.

Illustrated here is the wonderful Canadian actress Sarah Polley who played the role of Ana in Snyder’s film. In horror genre films Polley has made but a few appearances in delightfully well acted  roles but it appears she has shifted her talents to the other side of the camera for now.