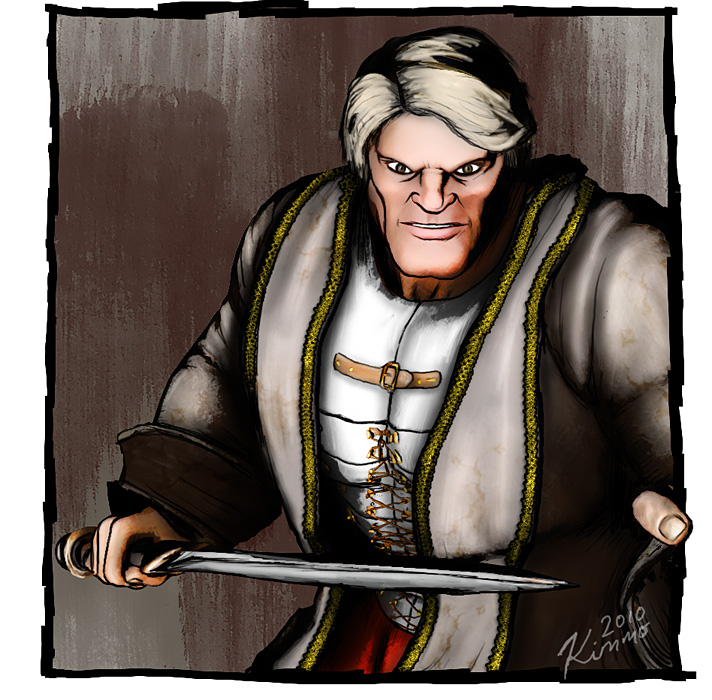 2010-01-10 Mercenary groups in Cresia are mostly just loose small crews of few guys hiring their services. But not all of them. Some consist of several dozens of men and are small armies in themselves. Lucius Valonia is a former general and currently an operational leader running paramilitary operations for the mercenaries based at Warder Keep in Akron. Valonia’s men are commonly seen protecting dignitaries, valuable shipments and such but on regular basis they are also sent out to hunt and break various outlaw groups.