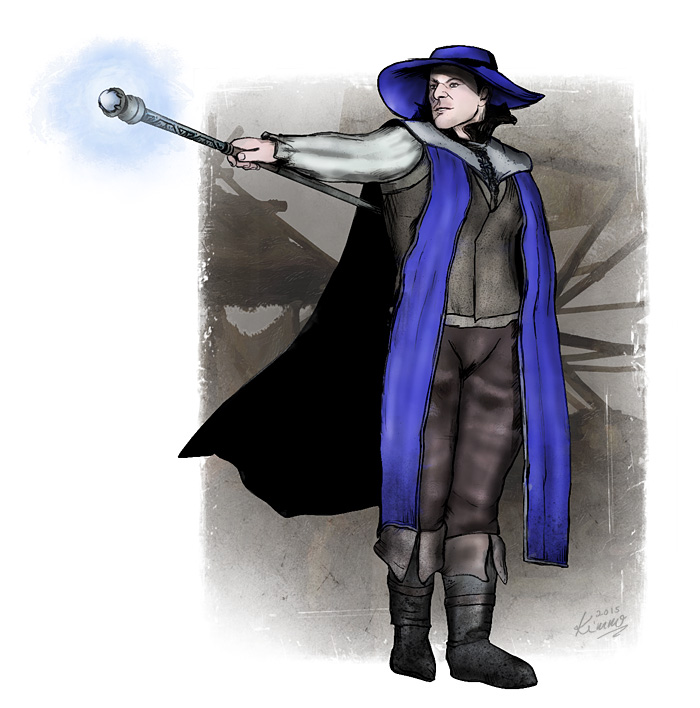 Dano is a regular crew member of the merchant vessel Raimelho. Not a sailor by any stretch of the imagination he still likes to see new lands and finds travelling via a boat much less cumbersome and time-consuming than travelling by land. Besides, boats can get him to places horses can not. An adventurer by choice, he is skilled enough as a wizard to make a decent living and can thus spend his income to cover costs of travelling.

Cuervo Garrac is the birth city of Dano and he still lives in this lovely and broad-minded trade center and bustling port city which he considers the best place in Cresia. His childhood friend Jorge Gel is the owner of the merchant ship Raimelho and regularly employ Dano’s services in exchange of free passage to exotic trade ports in Calishem, Crovascia and Tharia. Dano is skilled in the magical arts of Cosmology and Biomancy and dabble a bit in the first steps of Naturalism. During boat travels, his skills in healing and keeping the crew alive and well are most valued.

As a person, Dano is open-minded, prone to making playful mischief and has a tendency of well meaning verbal wittiness. His most valued lessons in life are the ones in which he finds himself to be misunderstood by others. Verbally talented and not afraid to present his case even in the presence of powerful individuals, he has gained some slight reputation as a defender of the oppressed and wronged in Cuervo Garrac.