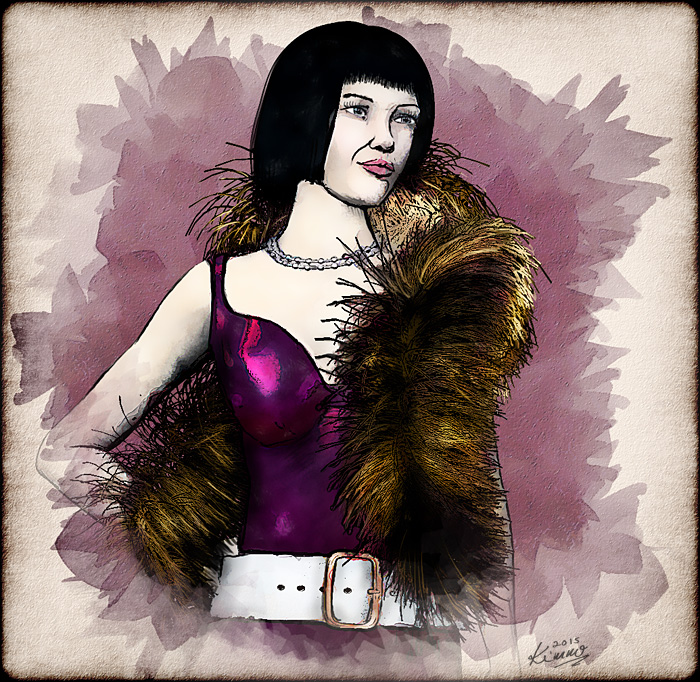 Miss Wade is a nation-wide celebrity due to her appearing in not one but three successful movies produced by Hollywood studios. She even performs a leading role in two of them. Currently she is “retired” … meaning that she has rejected movie parts offered to her recently, but probably jumps on the wagon if she is offered a “leading lady” role.

While in Arkham, she lives in 622 Brown Street in the so called Guardian Apartments complex occupying the most expensive 6-room loft apartment with her two maids and a butler. The location – while not the most wanted in town – is convenient for her since she spends long hours but a block away in the Manley Theatre premises (at 670 Gedney Street) where Arkham Amateur Theatre Company practises and performs. She both performs and teaches acting in the theatre company.

While somewhat flippant and flamboyant, miss Wade is also serious and passionate when it comes to acting and the performing arts. She has also mastered vocal talents in the form of mimicry and can deceptively easy mimic dozens of voices and accents as well as various natural sounds including common house pets and wild birds.

At the end of the day, however, she does like to party rough too. She knows her way around controlled substances and while not yet overly addicted, her relationship with alcohol is far from a healthy one – prohibition or not. Her presence is almost guaranteed whenever one of the important people in Arkham decides to throw a party.

Cassandra Wade, an Actress by Kimmo Mäkinen is licensed under a Creative Commons Attribution 4.0 International License.