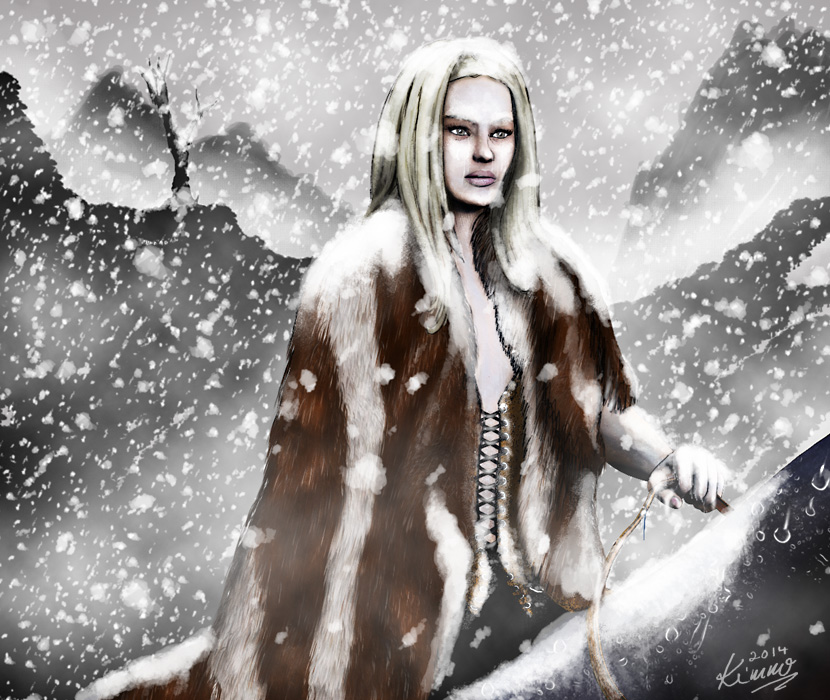 Lady Leana is the eldest child of Gruenroth‘s current king Werner Baerwyn. Leana is a wandering spirit who finds it hard to settle down even though many expect just that from her. She spends around half her time travelling the lands of Gruenroth (and sometimes those of Argan and Akron as well) with a retinue of around twenty adventurers, cooks, servants and bodyguards. She uses her title to settle disputes, right wrongs and reports problems to her father’s trusted aide and political adviser Chalty Veron whom she considers more of a father than her actual biological father ever was.

Lady Leana is a competent and hardy traveler excelling in survival skills uncommon for women in general and she even hunts her own food by traps or by bow and arrow. She is therefore much respected by those who travel with her as she is the exact opposite of a narcissistic and pampered princess – say – like her two little sisters Lady Lucia and Lady Lise both of whom are content living a life of excesses in the king’s palace.

She has a very strong sense of right and wrong and she knows that her moral compass is the one she should be following in a world of injustice, violence, intolerance and hatred. She sees herself at a somewhat martyrish light although she has long since abandoned the need to shoulder the entire world’s wrongs. Some things she can’t alter and she accepts that. It still doesn’t stop her from trying. She speaks her mind freely and never voluntarily bow to men of authority even if she gains enemies that way. Mostly her father accepts her behavior as she does a tremendous amount of truly good things on her travels and the good far outweigh the bad. The king’s only concern is that he wants Lady Leana safely at home sooner rather than later because the future ruler of Gruenroth needs to be Lady Leana and not Lady Lucia or Lady Lise and the future queen must understand that governing a vast nation requires more than just survival skills.