Some terrain pictures from a game played in December 2013 at my home. The game was a 2500 pts game between Space Wolves and Ultramarines and is part of an ongoing campaign of 8 armies belonging to 4 players. I expect we continue to play this campaign well into late 2014.

First some overview pieces of the terrain: 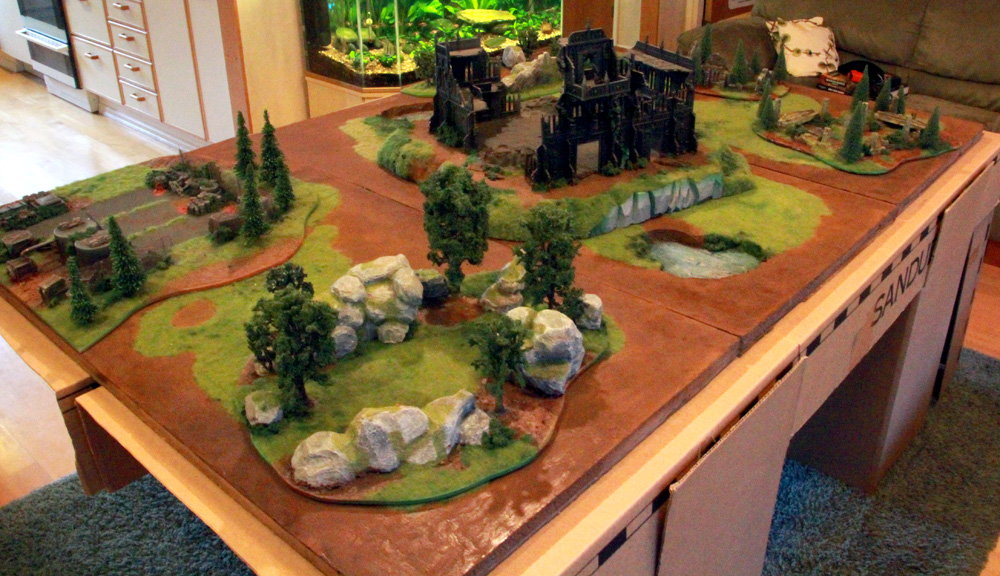 Then some details from the board:

And finally a few atmospheric pictures from the game itself: 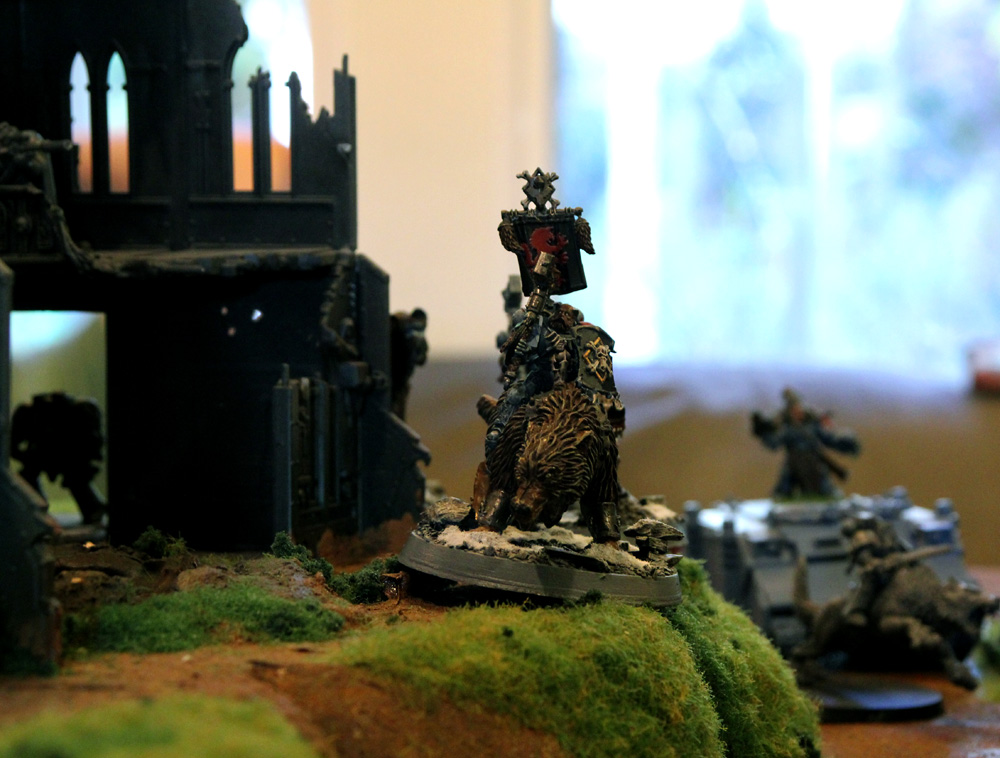 The game ended in the glorious victory of the Ultramarines after 5 rounds. In fact Space Wolves player yielded and we did not need to test whether the game would have continued. This was due to the fact that Space Wolves only had 1 objective holder model alive in Ultramarines‘ deployment zone where 3 out o 5 objectives of the game resided. And Ultramarines still had an arsenal of firepower at their disposal – up and including three Dreadnoughts, 20 or so Tactical Marines and 2 Thunderire Cannons.